And the 2022 Together Jam Winners Are… 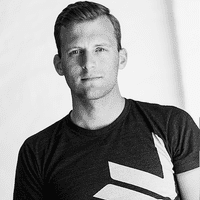 Nearly a year ago we pitched an idea for a game jam to the folks at NBCUniversal, G4tv, and Game Jolt. A game jam to celebrate all the amazing development talent around the world. And a game jam to give them the opportunity to make games based on real intellectual property, with a significant cash prize.

Something like this had never been done before in such an open and accessible way. Or with a combined team of people as passionate about gaming and emerging game developers as we were. So it wasn’t long before Together Jam was born.

Together Jam took place from June 17th to July 3rd, 2022. The theme was “Power in Numbers”, and it gave devs from around the world the unique opportunity to build games using these classic TV shows and movies from the NBCUniversal portfolio:

We wanted to make sure our game developers were rewarded for all their hard work. Because anyone who spends two weeks building a game should get more than just some good karma and street cred. So there was a prize pool of $50,000 and a bunch more swag up for grabs.

The jam is now behind us. And we were blown away by the response. Over 1,700 people joined the community, and we had nearly 100 game submissions, from 24 countries around the world. The game submissions were no joke either – there were some really high-quality games made during these two weeks.

Don’t believe me? Check out the winners below, as announced exclusively on G4tv's Xplay (on Twitch and YouTube)

Xena: Your Days are Numbered

We adored the art style of this game. Pixel art is always a fan favorite. But Xena: Your Days are Numbered really knocked it out of the park with its water reflection and beautiful background environments – not to mention the zoomed-out world map that made us eager to explore everything the game had to offer.

Joyhop, the two-person team behind this beautiful game, are from Poland, and are actually boyfriend and girlfriend. Talk about life goals, right?

Felix the Cat and his Wonderful Clones

The moment we found out we could include Felix the Cat in this jam, we hoped someone would make a Cuphead-inspired game. And we’re pleased to say that Vertigod Games from the Philippines delivered just that. With completely hand-drawn animation, this beautiful game comes to life as you navigate the platformer environment, dodge projectiles, and defeat wild and wacky bosses.

Vertigod Games is primarily a solo developer who only started making games less than a year ago. He was ably assisted by his sister (another power couple!) who helped draw and animate the characters.

Felix the Cat in the Power in Numbers!

Not only does Felix the Cat in the Power in Numbers have awesome voice acting, it also comes with a full soundtrack, all created by PronoesPro, aka Cesar Cortes. Despite claiming to know nothing about SFX and music creation, this solo developer impressed us with the game’s auditory charm. Game jams aren’t always about creating the best, most polished, and professional work – sometimes trying something new and daring that challenges you as a game dev can turn out great. And this is a case in point.

Put simply (and described by the devs themselves), Twin Turbo is an infinite side-scrolling sh’mup in the multiverse of badassness, where KITT from Knight Rider and Airwolf have teamed up to take on the Graboid invasion. What more could you ask for?

Built by a Vancouver-based team of three (Diptoman Mukherjee, Pranjal Bisht, and Djoel Montpetit), Twin Turbo combines a handful of TV shows and movies in an amazing and innovative way. Switching between KITT and Airwolf to fight the Graboids was a really smart solution. And it created some truly awesome gameplay.

Congratulations to Dynamite Stew and Team Melon for taking third place with Knight Rider: Arsenal. Built by an experienced (and successful) team of game jammers, it combines three different gameplay modes: side scroller, top-down, and third person with great music and a great story. It has all you’d expect from a polished and winning entry, including music and cut scenes. Bravo!

Felix the Cat and his Wonderful Clones

Vertigod Games brought home not just one award, but two. Big shout-out to the Filippino brother-and-sister team behind this beautiful and captivating game. While we were super impressed with the art style and animation, we also felt their interpretation of the theme was really smart, which earned them the silver medal. Well done!

Xena: Trial of the Gods

The winner of the 2022 Together Jam was Xena: Trial of the Gods by SheePixel. Big congratulations to the indie team from Brazil behind this amazing and truly innovative game. Not only did we love the cute art style of Xena, Gabrielle, and the Graboids, but the gameplay was also a totally new experience for us. Freeing and equipping imprisoned villagers captured the “Power in Numbers” theme perfectly. And the added rogue-like gameplay was the cherry on top.

While that might be it for the 2022 Together Jam, we hope to have more news about what to expect next year soon. In the meantime, make sure you check out all the amazing submissions, and tweet @GameJolt and @myLootLocker with your favorites. Don’t forget to tag them with #TogetherJam.

See you next year.